Speaking at the 2018 AMICE Conference, Mark Willetts talked about how Mutuo has pursued changes to legislation in the United Kingdom and Australia, which facilitate opportunities for mutuals to raise the capital needed for growth and innovation, whilst preserving their mutual identity.

Mutuo is developing a business sector policy Guide for Consumer Co-operatives Worldwide.  This will be an opportunity to address regulatory, legislative and policy barriers to the development and growth of consumer co-operatives around the world.

Its principal use will be to develop coherent policy positions that can be used at a global, regional and national level.

Detailed survey work of CCW members will begin shorty and we look forward to engaging with members to identify the priorities of the consumer co-operative sector.

The business sector policy guide will be published in summer 2018.

Consumer Co-operatives Worldwide (CCW) unites, represents, and defends the interests of 26 national organizations of consumer co-operatives around the globe, which represent 75 million individual members, and which register a combined total annual turnover of more than 500 billion EUR. 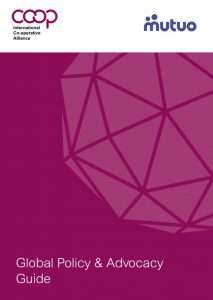 Co-produced with Mutuo, the Global Policy and Advocacy Guide was designed for the International Co-operative Alliance and its members to help strengthen their advocacy efforts.

The policy guide draws together case studies of good practice from various regions and suggests methodology and communications protocols that can help to grow a consistent global approach to promoting co-operatives.

Mutuo worked with the International Co-operative Alliance and its members over a nine month period to identify the movement’s policy priorities and the challenges it faced in working with national governments. The consultation process ensured that the strongest practice could be shared globally, to help co-operatives communicate their value to policy makers, legislators and regulators. 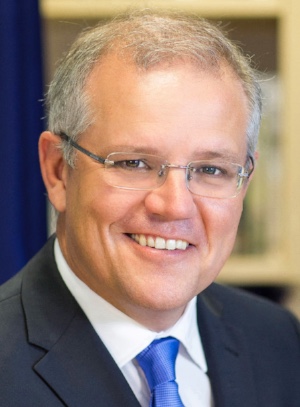 Mutuo is currently developing a Global Policy Guide for the International Co-operative Alliance.  This will be a toolkit that can be used by the ICA and its members in their advocacy work on behalf of co-operative businesses worldwide.

The Policy Guide will provide a keen communications narrative and crisp policy recommendations that can be taken forward at a Global, regional and national level by ICA members, regions and sectors.

Detailed survey work of ICA members has already been carried out and presented to the ICA board in Bulgaria last month; these findings will inform the document’s final recommendations. We were delighted to receive 110 responses from across all regions from 47 different nation states.

The document builds on Mutuo’s previous policy work in producing the ICMIF Global Manifesto and the Business Council for Co-operatives and Mutuals Policy Blueprint for an Enterprising Nation in Australia.

The document will be completed and presented in draft at the ICA’s Global Conference in Kuala Lumpur in November 2017.