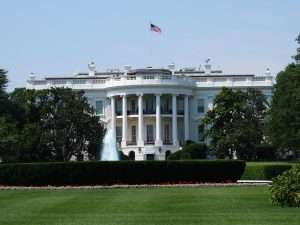 The visit was the first in a series organised by Mutuo which will foster links between co-operative and mutual businesses across national and sectoral borders.

“It’s increasingly clear that the challenges mutual businesses face in the UK are the very same as those faced by co-operative and mutual business the world over. How we address these issues – such as access to capital, a fairer deal from regulators and how to grow mutual businesses in challenging times – are being examined everywhere. If we want to grow the mutual sector in Britain, we need to learn from the best mutuals in other countries.”

Testimonials from the 2012 Business Leaders Programme visit to Washington DC

“I’ve got to admit most invites I turn down but this is one that I accepted because of the quality of the agenda and the meetings.”

“I wanted to thank Mutuo for this opportunity because I think there’s always a danger that managers can become insular and only look at their own experiences in their own countries or their own sector.  This trip has provided an opportunity to talk to other like-minded organisations in the United States.”

“This  has been a terrific opportunity for me to join UK mutual business leaders, share perspectives, have an opportunity to do that in a well run programme with a lot of content form our American colleagues.  It was a good opportunity, I learned a lot.  We’re a co-operative so I’ll take a lot of this back, there are a lot of similarities, I just want to thank Mutuo for a good programme and I look forward to an opportunity to participate again.”