Co-operatives and mutuals must be able to express their political objectives in an accessible and concise manner.

A ‘Mutuals Manifesto’ document can gather together the policy goals of businesses and help to connect these with the broader priorities of governments and politicians.

Since 2010, Mutuo has produced a number of policy documents aimed at influencing politicians to take concrete actions in support of co-operative and mutual business.

Since the publication of the first UK Mutuals Manifesto, we have seen significant progress on the basis of the recommendations made to each of the political parties. More than 60% of the recommendations in that document have been adopted by the current UK Government, with a tangible increase in interest in co-operative and mutual business among politicians of all political parties.

The Mid-Term Mutuals Manifesto supplemented this effort in 2013, and in 2014 Mutuo worked with AMICE to produce the first ever European Mutual Insurance Manifesto, which offers new ideas for pan-European policy and institutional actions in support of fair competition.

This was followed in the same year by the Australian BCCM Blueprint for and Enterprising Nation and the ICMIF Global Manifesto, Protecting Lives and Livelihoods.

Most recently Mutuo and The Foundation for European Progressive Studies published The People’s Business: Framing the New Progressive Narrative, which sets out how progressive political parties across Europe could better support co-operatives and mutuals to benefit European citizens

Each of these documents was co-designed with the commissioning body, so that it reflected their strategic objectives, key lobbying priorities and sat easily within their relevant cultural landscape.

Mutuals Manifestos have the following features: 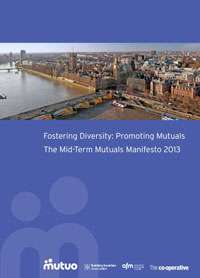 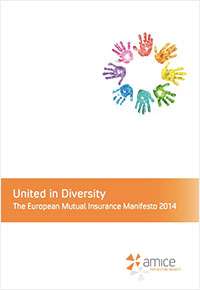