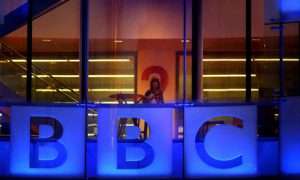 The public has a curious relationship with the BBC. Obliged to pay for TV licences, every household will contribute £145.50 this year to the running costs of the Corporation, but that is really where it ends. On our behalf, the BBC Trust governs the organisation and holds management to account for day to day management. Through its Charter, the Trust is ultimately responsible to Parliament, but recent events show how important it is to ensure a separation between the Corporation and our politicians.

In reality it is the Trust members who represent the interests of the licence paying public. But who are the Trustees, and how can they be held accountable for their actions? I would guess that many people could name Lord Patten as the Chair of the Trust, but that is where recognition ends. In all there are 12 Trustees, each of whom is appointed by the Queen on advice from the Department for Culture, Media and Sport through the Prime Minister.

I have no doubt that the current Trustees are all suitably qualified and capable people. But they owe their position to the public appointments procedure and have no direct relationship with the public they represent. In short, they are accountable to no-one.

As former Secretary of State for Culture Media & Sport, Dame Tessa Jowell MP has argued in the Telegraph, it may be time to reconsider the relationship between the public and the Trust. By changing the way that Trustees are chosen, we could make the BBC directly accountable to the licence fee payers, in effect turning the BBC into a mutual. Such a move would ensure that Trustees act in the interests of the public and that in return, they will be the recipients of public Trust.

How could this work? Some or all of the Trustees could be directly elected by the public, perhaps on a regional basis. It would be a straightforward process to hold ballots for (non-party political) candidates who could set out their vision for making the BBC work for the public, and licence fee payers would then elect them. We already know who the electorate is through the licence database and it would be straightforward to convert licence fee payers into the members of the BBC Trust. It would create a new large and dynamic mutual relationship between the Corporation and the public.

The BBC will survive the odd crisis. It always has so far. But maintaining trust from the public is an essential ingredient in ensuring that it continues as the cherished independent national institution for which people are prepared to pay.