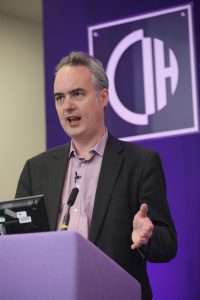 “I am very pleased to be asked to join the Mutuo Board. Over the past 3 years RBH has benefited hugely from Mutuo’s advice and support, and through working with Mutuo we have developed strong and fruitful links into the wider mutual sector.  Joining the Mutuo board will give me the opportunity to further develop the mutual sector for the benefit of communities across the country, and to learn from the good practice of other mutual organisations so that we can improve the RBH service for tenants and residents here in Rochdale”

“Through the changes he has implemented at Rochdale Boroughwide Housing Gareth has shown himself to be a leader and innovator in the mutual sector. I’m delighted that he has joined the Mutuo board where he can offer his unique and valuable perspective.”