As long as legacy assets can be appropriated, co-operative business will remain a target for demutualisation

Demutualisation occurs when a co-operative or mutual converts into a proprietary company.

The main justification given for demutualisation has been a lack of capital or scale that is not available to the business in its mutual form. Demutualisation inevitably alters a business’s corporate purpose. It will no longer be committed to delivering the best value to members and instead will join the majority of businesses as one that is focussed on delivering value to its investor shareholders.

The impact of demutualisations in the past has been to the detriment of members, particularly over the longer term. The requirement to service shareholder capital is a drain on business and means that there will be less money for members to benefit from. Short term payments for loss of membership rights are soon recouped through higher costs and lower benefits in a proprietary firm.

Beyond its own members, demutualisation also effects the wider industry and competition and choice. For markets to work for the benefit of all requires that the various corporate models each enjoy the necessary critical mass, defined as the degree of market share necessary to enable that model to operate successfully and thus to provide real competitive pressure on the other players within the market.

The lived experience of most demutualisations is that following conversion, board and executive management were quickly rewarded through increased remuneration and share options. The rationale for the conversion, that they needed additional capital to develop the business also fell away, as soon after, most business ceased to trade as independent entities as they were merged into larger consolidated groups. Of the few that remained independent, some saw their own spectacular collapses, as seen at Northern Rock in the UK and AMP in Australia.

Co-operatives and mutuals operate different business strategies, helping to mitigate against the overall risk of these firms in the sectors they operate, and therefore to the wider economy. It benefits economies if this diversity of risk means that businesses are not all chasing the same short-term business objectives, and risking a herd mentality, which if flawed, carries significant risk for the economy. The global financial crisis is testament to how differently owned and purposed businesses behaved.

Over time, co-operatives and mutuals consistently provide better value products to their members because their businesses are focussed on long-term plans enabling them to provide price competition against profit-maximising competitors. The existence of co-operatives and mutuals in markets dominated by proprietary competitors means that they are able to provide the only meaningful competition on the basis of service proposition and price.

In many jurisdictions, legislation governing co-operatives and mutuals incentivises demutualisation. It does this by permitting legacy assets to be distributed. Legacy assets have been built up over generations of membership and often constitute a significant part of the working capital of the business. Current members usually have not contributed to this capital base but have enjoyed the benefits of previous years of successful trading.

In some countries, legislation does not permit the distribution of such capital. Instead, the capital must be used for the purpose intended by the original founders or otherwise transferred to a different co-operative or mutual organisation. In those jurisdictions where legacy assets are not available for distribution, demutualisation is extremely rare and as a consequence, large co-operatives and mutuals maintain their member ownership, reflecting significant mass in a range of markets.

In some countries such as the UK and Australia, however, there are no legislative restrictions on the distribution of assets and as a result, waves of demutualisation have occurred, starting in the late 1980s and 1990s. In these countries, in order to protect legacy assets and the purpose of the business, co-operative and mutuals often adopt constitutions which require a high threshold member vote to permit a transfer of ownership. This works to an extent as a deterrent to demutualisation but is vulnerable to rule changes.

The process of demutualisation

Demutualisation has typically been proposed by boards of directors of co-operative and mutual businesses. It is extremely rare for a demutualisation to be proposed by members although the exception to this would generally be in agricultural co-operatives where there is more of a direct link between the membership and the original investment in capital.

The favoured method for demutualisation in these jurisdictions is to transfer the co-operative or mutual into a proprietary company, either with shares allocated to existing members or alternatively, compensation paid for the loss of membership. In this way, members are rewarded to vote for the transfer.

This compensation paid rarely reflects the underlying capital value of the business. In fact were it to do so, it would remove the logic for the transfer, which is to gain control of underlying capital assets. It is common therefore for this payment to reflect the perceived value of membership, or in other words, the amount that the board estimates is necessary to pay members to vote for the conversion.

A less common but equally effective route to demutualisation, involves the sale of the mutual to an external entity. This is much more frequently used in the United States, where the process is formalised and is known as a sponsored demutualisation. As such it has more in common with a hostile takeover bid, though in many cases the external approach is supported by the co-operative or mutual’s board.

One such example is the current live transaction involving Liverpool Victoria (trading as LV=, a mutual insurance company based in the UK) and Bain apital, where the business was put up for sale and Bain was selected as the purchaser, thus necessitating a full demutualisation. Prior to the sale being offered, LV= altered its constitution to remove the ‘poison pill’ high demutualisation threshold. At the time of this change, members were assured that there were no plans to abandon the mutual status of the firm.

It is clear from this experience that the continued protection of legacy assets can only be assured through legislation. Co-operatives and mutuals should have the opportunity to choose a form of constitution that cannot permit the distribution of legacy assets. Members would remain entitled to the share of capital to which they have made a contribution, but no more. We expect that this would successfully remove the incentive to demutualise.

The interest that Bain Capital is showing for the UK mutual insurance sector reflects the evident motivation private equity sees in accessing assets built up within co-operative and mutual businesses. Separately, JC Flowers, which had previously driven the demutualisation of Kent Reliance Building Society has joined with Bain Capital to bid for the Co-operative Bank, which was demutualised and sold to hedge funds in 2014.

These moves by global private equity reflect a clear and present danger to well capitalised co-operatives and mutuals. Demutualisations will be attractive where assets are held, and stakeholders can be persuaded to walk away. Fundamentally, the legacy capital assets belong to past generations, current generations and future generations of members and were never intended to be distributed at one moment in time.

We recommend that co-operatives and mutuals ensure that they have contingency plans in place for any hostile interest from global capital funds and take appropriate action before this becomes a trend: 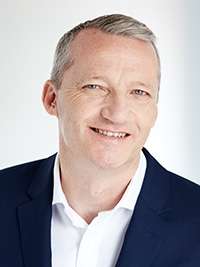 Talk to Peter@mutuo.coop if you would like to discuss this further, to equip your business to repel approaches from capital funds.